Proficiency in productive skills, most notably speaking, has been commonly regarded as a gauge of success in learning English. It is of no surprise that many non-English department colleges include English speaking classes, apart from general, grammar-based lessons, in the list of their general basic subjects (mata kuliah dasar umum). The writer has been teaching such English speaking class for three years in a tertiary institute in Indonesia. In the course of it, she noted several frequently-committed errors of her students, and was therefore interested in analyzing them and to study the most appropriate way to address them. There has been scant literature available on Error Analysis (EA) on spontaneous English speech of Indonesian students, let alone the ways to improve the speech through Corrective Feedback (CF). To address this gap, the writer used Error Analysis to group and classify the errors committed, and then gave Corrective Feedback during free, spontaneous speech of the students, in order to try to remedy the errors committed during the speaking classes. The CF was further divided into peer- and teacher-correction, who in turn used different types of feedback (recast, repetition, direct and indirect). The study was carried out using Classroom Action Research methodology, with 80 students as the subjects. The ‘plan’ stage comprised the EA execution, and the CF constituted the ‘act’ stage. In the ‘observe’ and ‘result’ stage, the writer concluded that teaching Basic Phonics, which is usually taught to children when learning to read, might be necessary to improve students’ pronunciation. Students were also receptive to CF from the teacher and could retain some feedback given by their peers. 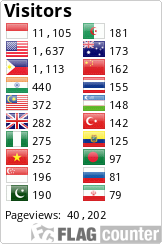