Problems in this article is how to implementation of trash bank in the system waste management in Jogodalu village, Benjeng Subdistrict, Gresik District and obstacles faced trash bank and also to in the program implementation trash bank. Trash bank program was continuation of the sorting and process garbage program, as part of the program of KKN PPM in Jogodalu village, Benjeng Subdistrict, Gresik District.Trash bank is the concept of garbage and are appropriate to its kind and has a banking management but kept not money but trash. People who have but also known as customers have a savings and can borrow the money later returned with litter costs money borrowed .Garbage saved weighed and rewarded with some money will be sold at a factory that have been working together .Some trash recycled to be more barang-barang craft . The development of trash bank is a strategy to build public awareness to economic benefits directly from trash.So, trash bank cannot stand alone but they should be integrated into movement so direct benefit felt not only economy, but the construction of a clean environment, green and healthy.Trash bank also could become a solution to reached a settlement clean and comfortable for its citizens. 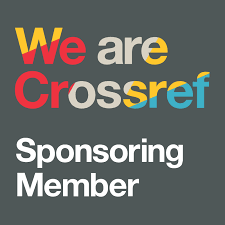